skip to main | skip to sidebar

Lately, I've been hanging out more on the Machine Knitting Group on Ravelry, and enjoying it immensely. It has seriously cut into my productivity, but it's added so much to my knowledge base while giving me a good chuckle now and then. My knitting has always been cyclical, and I've been in a period of learning, researching, chasing rabbits and purchasing tools.

I have purchased a new to me machine, a Brother 260 and ribber. It was a bit of a disappointment, in that the shipment was incomplete and I've had to wait weeks to ascertain which parts were still with the Seller, who doesn't knit and didn't always know that pieces she had belonged with my machine. It looks like we're nearing the end of that process and I can finally get down to business in another week or so.

I purchased a Brother KH-588 and ribber locally a few months ago, but the setting plates and ribber clamps were missing (along with the garter bars pictured in the ad, which I wish I had, but she threw them out. :O) I haven't been able to do any ribbing, which kills me, because I wanted it to knit socks. Today I managed to just screw the thing to the knitting machine with some random screws and what do you know, it works! It's a temporary solution, because I had to remove the extension rail guides to do it, so the search for parts continues (perpetually) but at least I can get going.

So I'm loaded for bear, and ready to get going. The MK group has issued a challenge to knit 12 items in 2012. Some of them have further qualified it to be knit from stash, but since so much of my stash has been purchased for hand knitting and must be hand knit (either too bulky or too delicate for machine, or designated for a specific hand-knit project) I haven't joined that particular faction. I do intend to attempt to work primarily from stash, though. It's possible that I will knit my 12 from stash alone, but I've made a serious dent and I'm looking forward to doing some yarn shopping on upcoming travels.

I've spent many an hour reading the forum's archives. I've watched hours of Susy Ranner youtube videos on Knit Radar (aka Knit Leader et al.) I've acquainted myself with many new techniques. I am really looking forward to putting this new knowledge into my work. 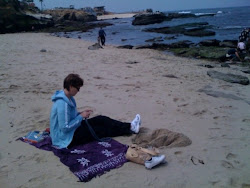 Kath
I'm an OLD mom and gram, and proud of it. I love to ruminate. I continue to seek and to learn. Making my husband laugh is my greatest ambition in life, and since we laugh much and often, I consider myself a great success.